A Coinkite bitcoin blockchain explorer retired in 2013 when all the data became too big for redis on a average computer. 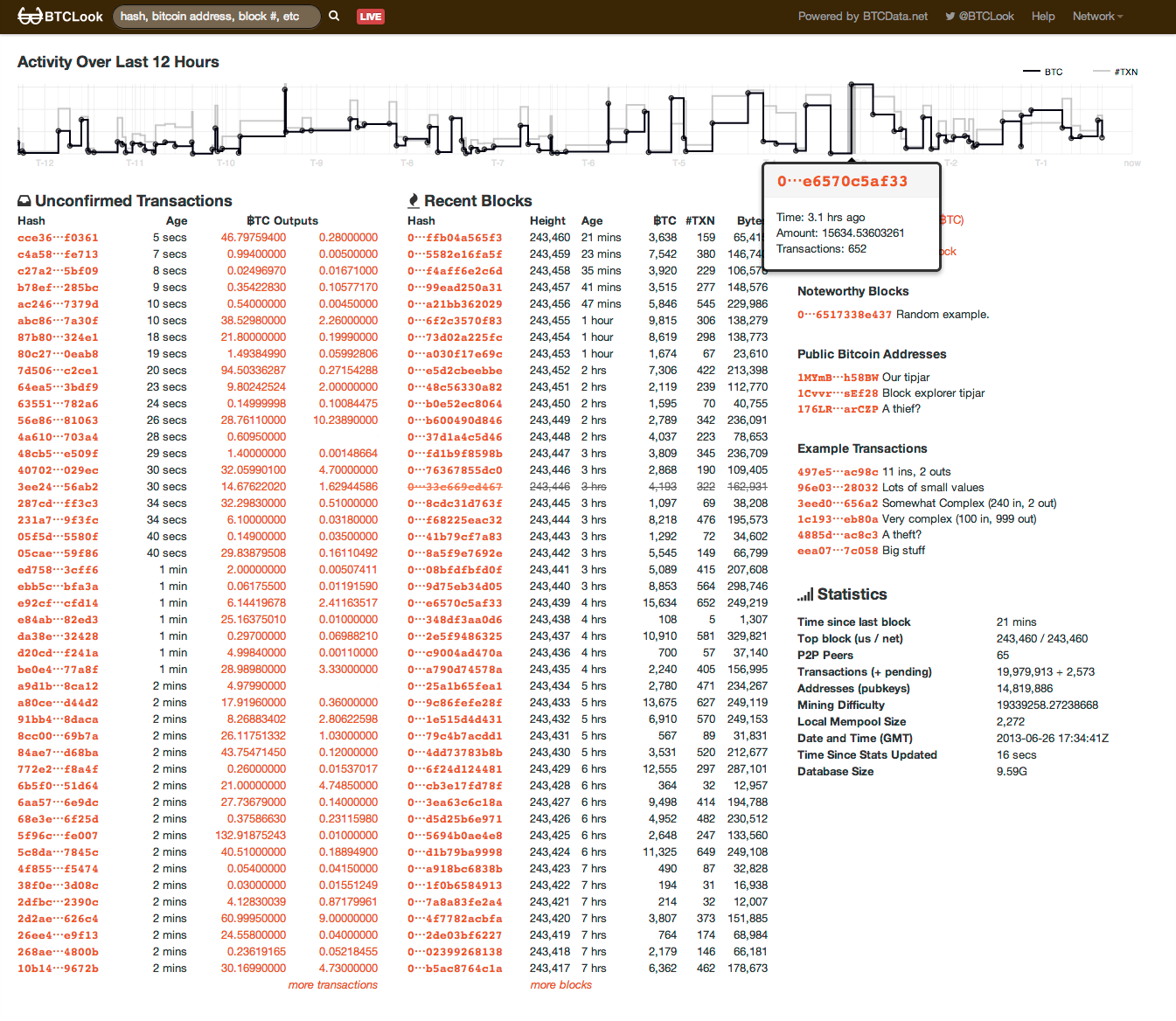 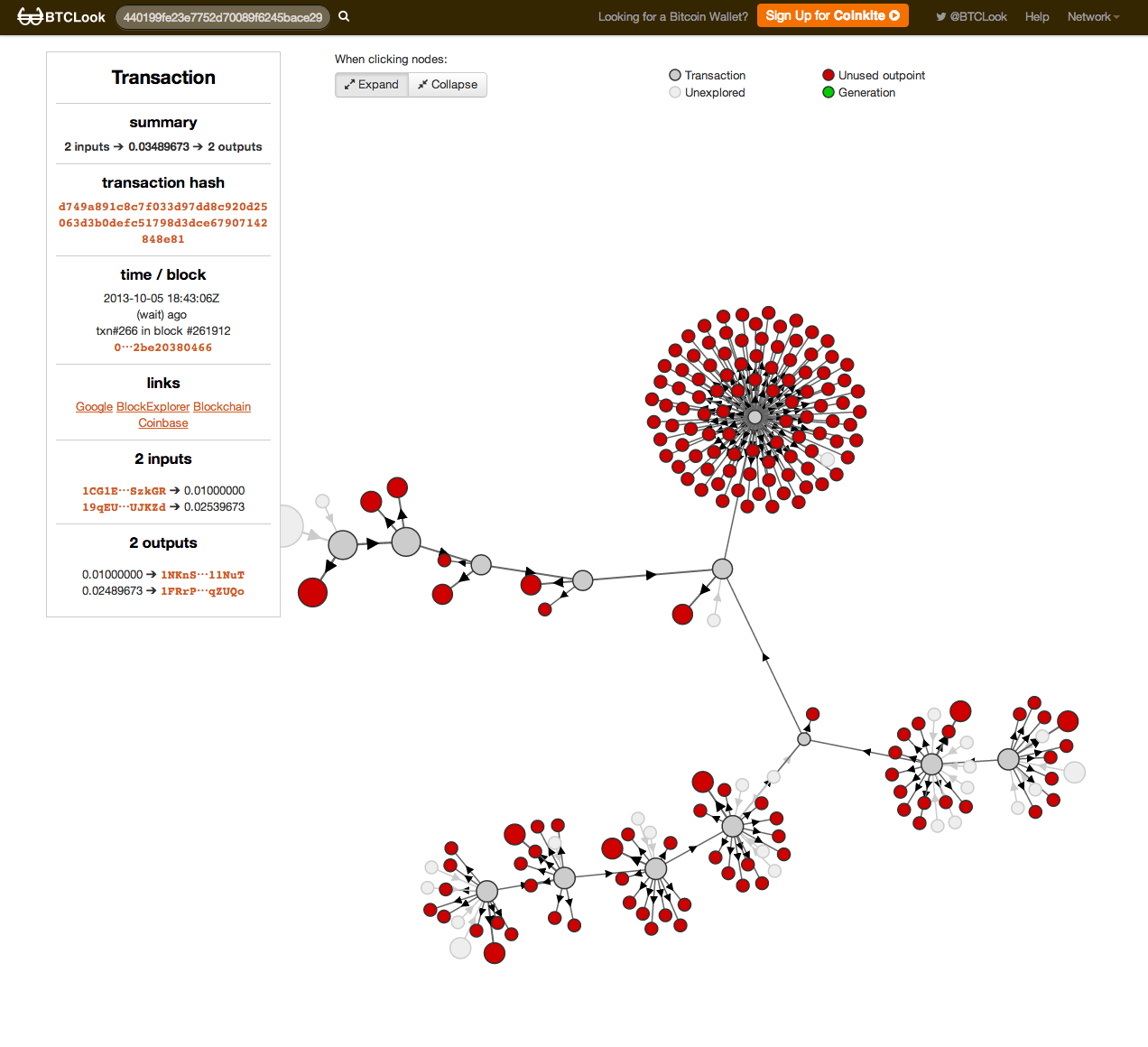 Q: What is the purpose of BTCLook?

This is a new—and fun—way to verify bitcoin transactions or trace events in the public bitcoin block chain.

Since we built our own database and update it continuously in real-time, BTCLook.com can serve as a valuable second-source for confirmation and verification of important transactions. This is entirely new code and is not based on the fine work of Block Explorer or ABE. We worship the new database god Redis, and eschew the old legends of the SQL ways.

New transactions posted on the bitcoin network will appear in seconds and are fully linked into the block chain as it grows. Everything is cross-linked and HTML content is loaded using AJAX, so it is faster to poke around the block chain. We're also experimenting with interactive graphics to visually show the flow of bitcoins through the network.

Q: Who runs this site?

This site is a side project of Ripe Apps Inc. During the day (and many nights) we make world-class iPhone/iPad apps.

Q: What are the circles?

In addition to normal transactions, each block contains a generation transaction which typically create 50 bitcoins and some fees. Those are indicated in a special colour, and are leaf nodes.

Amounts that are "waiting" to be used are shown in a bright colour and form the only other kind of leaf node. These can also be called unused outpoints. The amounts at those nodes are (hopefully) in someone's wallet.

However over any circle to see details of the transaction in the left-side bar. Click to expand greyed-out nodes that you haven't yet investigated. When your screen is too crowded, switch to collapse mode, and click on nodes to close them and save space.

Q: What can I search for?

You can enter any hash or public key into the search bar, and if we know about it, we will present it in the best format possible.

Q: What is live streaming?

On the homepage, we update the page as event happen. As each new Bitcoin transaction is annouced on the P2P network, we should a line in the left column. Similarly, when a new block is confirmed, we erase the transactions from pending that are not confirmed (at least once anyway) and we also add to the list of blocks (center column).

Q: What is test net?

Bitcoin is real, but sometime developers need fake coins to play with. Testnet serves that purpose.

Ummm. Thanks? Giant tables and default HTML1.0 styles hurt our eyes, so everyone is different.